Home > Blog > Look Like Your Idol: The Powerful Aesthetics of K-Pop and K-Drama

Over the last twenty years, the culture and aesthetics of Korean music idols and television actors have become increasingly popular around the world The K-pop talent pool and industry machinery have been generating picture-perfect boybands and porcelain princesses since the 1990s And it’s still... | Read More

Over the last twenty years, the culture and aesthetics of Korean music idols and television actors have become increasingly popular around the world. The K-pop talent pool and industry machinery have been generating picture-perfect boy bands and porcelain princesses since the 1990s. And it’s still going strong judging from the popularity of groups like BTS and Blackpink.

As Hallyu (Korean Wave) becomes more popular, it’s no wonder that it’s not just the Korean-Americans who are loving this phenomenon. The power of the Korean Wave has swept beyond Asia and has gained a deep foothold in the public consciousness here in the United States, among fans of various ages, genders, and ethnicities.

And with Hallyu, comes the lifestyle, the looks, and the culture of plastic surgery that is considered part and parcel of being able to appreciate the stars and idols. With that said, let’s take a moment to understand K-pop and South Korea’s “Soft Power,” while considering its influence as a cultural export on par with Hollywood movies and Japanese anime.

When I visited Seoul, I saw signs everywhere of how such a willingness for transformation permeated the culture and society of the city. South Korea currently has the 14th-highest GDP in the world and part of that economic upswing is K-pop dominating the youth aesthetic. Giant ads with celebrities endorsing plastic surgery clinics and procedures fill train station walls, with many transformative “before” and “after” versions for good measure.

According to the International Society of Aesthetic Plastic Surgeons, South Korea has the world’s highest number of cosmetic procedures per capita; a place where around one-in-five South Korean women have had plastic surgery. There is hardly any cultural taboo attached to undergoing a procedure that can uplift one’s public image or enhance one’s sense of self. As a matter of fact, I was told that it is common for parents to get their teen daughter a nose job or an eye lift like a blepharoplasty as a typical high-school graduation gift.

In the upper-class enclave of Gangnam, between 400-to-500 cosmetic surgery clinics and hospitals share a single square mile to service this demand. I suppose that is no surprise, considering Korea’s willingness and resilience to make itself over so thoroughly after the devastation of the Korean War in the 1950s.

But a significant reason for the prevalence of these clinics isn’t just about the virtual lack of stigma attached to plastic surgery. Plastic surgery has become a primary requirement in the development of K-pop idols, by transforming teenage hopefuls into the next wave of future superstars.

Because monolid eyes, or the lack of an eyelid crease, are common among Koreans, it reflects in the overwhelming popularity of double eyelid surgery among celebrities. The procedure reverses the sleepy and somewhat tired look many Koreans tend to have naturally.

Women tend to get the monolid procedure alongside rhinoplasty to develop the cute button nose that’s very popular among singers and actresses. In addition to this, v-line facial contouring surgeries produce an elfin jawline, making the chin and cheekbones far more defined and delicate. Together with lip augmentation and of course, breast implants, this creates a highly desirable cherubic appearance, similar to beautiful idols like Momoland’s JooE or DIA’s Jung Chaeyeon.

The K-pop wave has altered the aesthetics of women from the “old pretty”, which had slanty and sleepy eyes combined with the natural, very organic willowy look, to the “new pretty”. The “new pretty” is defined by a small head, big eyes, high nose, big lips, high cheeks, and a more delicate chin.

When it comes to men’s aesthetics, K-pop boy bands have popularized the Jimsung-dol or “monster idol” look. This is often reflected in a handsomely cute young man with a very muscular and carved body. The Kkonminam or “beautiful flower boy” is another popular look. Defined by elfin faces and slim, lithe figures, the beautiful flower boy aesthetic is popularized by a host of artists including Beast, Big Bang, Super Junior, SHINee and actors like Hyun Bin, Kim Soo-Hyun, and Song Joong-ki.

Men make up almost 15% of the total plastic surgery clients in Korea. This has certainly shifted the dynamic of what’s considered “handsome” in K-pop. From the common droopy eyes and puggy low-bridge noses to a now delicate and very manicured, almost feminine look that’s off-set with a muscular physique. This has led to the development of a popular combination procedure called Aegyo sal. Roughly referred to as “eye smiles” or “cute skin,” the procedure combines V-line jaw reduction, double eyelid surgery, rhinoplasty, and male breast reduction. In addition, Liposuction can be added to help men fully develop six-pack abs.

Photo Credits: Channel-Korea.com. As one of the second generations of Kpop Groups, Super Junior also popularized the Kkonminam or “beautiful flower boy”.

The Cultural Roots of Korean Beauty

While on the surface, Westerners may say this look means that South Koreans want to look more Caucasian, Stanford scholar So-Rim Lee in her dissertation “Performing the Self: Cosmetic Surgery and the Political Economy of Beauty in Korea” states this is a big misconception.

The willingness and enthusiasm to change one’s face, according to Lee, is rooted in the ancient Korean custom Gwansang, or fortune-telling based on facial physiognomy. Through the tradition, the means to be able to change your fortune for the better is reflected in your face. Hence a better, more beautiful face and body empower you to change your station in love, life, fortune, and destiny.

Photo Credits: Jung Yeon-JE via Getty Images. There is hardly a cultural taboo attached to undergoing plastic surgery in South Korea that it became common for parents to give it to their daughters as a high-school graduation gift.

Additionally, virtually almost no teenager in Seoul will ask for results to make them look more Western. And because of this, surgeons are moving away from a Caucasian model of beauty for a focus on refining Asian facial templates of beauty.

And this how the Korean cosmetic surgery industry has become a giant. In a place where the idea of beauty and productivity go hand-in-hand, and where many hiring managers still look for photos in resumes, a competitive job market means that many working men and women will undergo surgery to upgrade their employability factor. This is so common that it even has its own name, Chwieop Seonghyeong or “employment surgery”.

According to Lee, there is a popular Korean saying: “Your god creates you, but your doctor-god really re-makes you.” And I very much believe that this says everything about the Korean mindset towards plastic and cosmetic surgery. The long and often droopy almond eyes, pale skin, long and narrow nose, and thin cherry lips of Koreans can be enhanced more naturally to support the end product of a Gangnam Beauty look.

Photo Credits: Daniel Smukullia via Barcroft Media. Oli London was known for spending around USD 160,000 to look like Jimin from BTS.

As the idol aesthetics dominate cosmetic procedures to imbue women with an anime look and a delicate, childlike attractiveness, surgical procedures and beauty templates have now moved away from a preponderance of Caucasian features to more Asian beauty standards.

Since becoming a globally-recognized phenomenon, many westerners have fallen deep into the Hallyu wave and decided to alter their looks. There is the case of a British man earlier this year who declared he’d spent around USD160,000 in procedures to look as close to Jimin from BTS as possible. With 15 surgeries, the results have still been less than stellar.

The flow of what’s pretty is no longer dictated from West to East, rather doctors with patients who want a K-pop look are now continually creating their own standards with a blend of many Eastern looks and just a touch of the West.

Expanding The Standards of Beauty

As a cosmetic surgeon, enhancing and altering certain features along natural anatomical lines is always foremost in my mind when advising patients, especially if they come in with the expectations of looking like a particular celebrity, regardless of the background.

So, even if the practice of Korean youth for surgical enhancement is spreading to Koreans and even Caucasians in America, I would always advise that the enhancement of existing features over complete alteration. It’s not worth the pain and money to simply look more like a celebrity that you may eventually grow tired of in a few years. And I will do this every time, for the health and safety of my patients.

While the Korean Wave has created an environment with an almost completely new aesthetic of beauty, as professionals in the medical industry, we must always look out for the long-term fulfillment of our patients with results that enhance the natural features of the face and body. 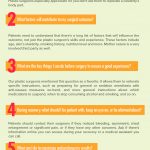 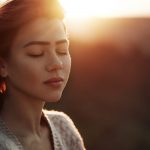 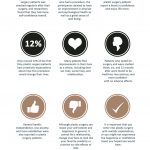 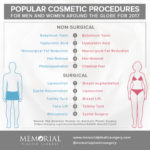 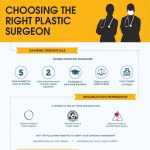 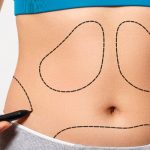